From Fantasy to Farce: the European Super League’s Own Goal 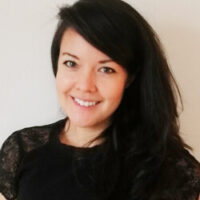 So read a banner fluttering against the railings of Old Trafford last week. The crisis sparked by the European Super League (ESL) and its swift collapse dominated headlines, and made for an extraordinary few days in football.

Twelve of the world’s biggest football clubs attempted to revolutionise the sport via an elite breakaway league. The backlash from fans, players, broadcasters and government was furious and unanimous, forcing the six English clubs involved to hastily withdraw and issuing grovelling defences. The Super League had been three years in the making, but within 48 hours it was dead in the water. The full scale of the reputational damage to the ‘Dirty Dozen’ clubs remains to be seen, but in the short term, substantial repair work is needed to begin rebuilding fans’ trust.

So what were some of the factors which led to the fiasco, and how could it have been better handled?

The Super League clubs believed that on the whole, their fans would support the breakaway venture. This appears odd given every existing fan seemed to despise the idea, which suggests the clubs had developed a different assessment of who their target audience was. Rather than appealing to the older established fans, the Super League clubs were likely looking to engage legions of new, younger, followers in emerging economies like Asia. This made the Super League plans even more offensive to existing fans; the contest had not been designed with them in mind at all, but rather millions of potential foreign supporters. The notion that a new fan is as valuable as an old one might have been met with more grace in the American sports market, but in European football - built on decades of local associations and history - it was unthinkable.

ii) The deafening roar of silence:

Talks around the Super League will have been taking place for considerable time. Criticism was bound to have followed the announcement of its set-up, and the Super League camp should have been ready early with a short positive message to counter the negativity. Instead, after rumours of its establishment began to swirl, there was nothing official from the Super League side until days later. None of the executives of the 12 clubs provided statements or interviews to the media, or attempted to explain the upsides of the Super League. This comment vacuum was unsurprisingly filled instead with negativity from fans, managers, players and media. The result? The narrative was already set, and by last Monday it was virtually impossible to change.

iii) Sorry seems to be the hardest word:

As the saying goes: trust ‘takes years to build, seconds to break, and forever to repair’. Fans of the conspiring clubs feel betrayed and sidelined, and while their trust can in likelihood be earned back, it won’t be overnight. Swift and contrite apologies were going to be crucial to starting the repair of fractured relations, yet the clubs have shown varying levels of public regret over the fiasco.

Somewhat astonishingly, Tottenham and Chelsea have so far failed to explicitly apologise. Tottenham’s chairman Daniel Levy instead flagged ‘we regret the anxiety and upset caused’, while Chelsea stated they ‘deeply regret’ the decision to join the league. The failure to apologise highlights the growing chasm between the clubs’ decision-makers, and the fans they purport to support.  Compare this to Arsenal, whose message to fans was clear both in terms of culpability (‘We made a mistake, and we apologise for it’) and mutuality: (‘We have heard you’).

For now, football supporters are understandably cheering the sinking of the much-maligned Super League. The debacle over the last week has helped shine light on troublesome elements of modern club ownership, and the commodifcation of a game which drives it further away from the values of the fans who underpin it.  Whilst the breakaway clubs are humiliated and licking their wounds, now is a good time for important discussions about the future of the game, and decisive reform.