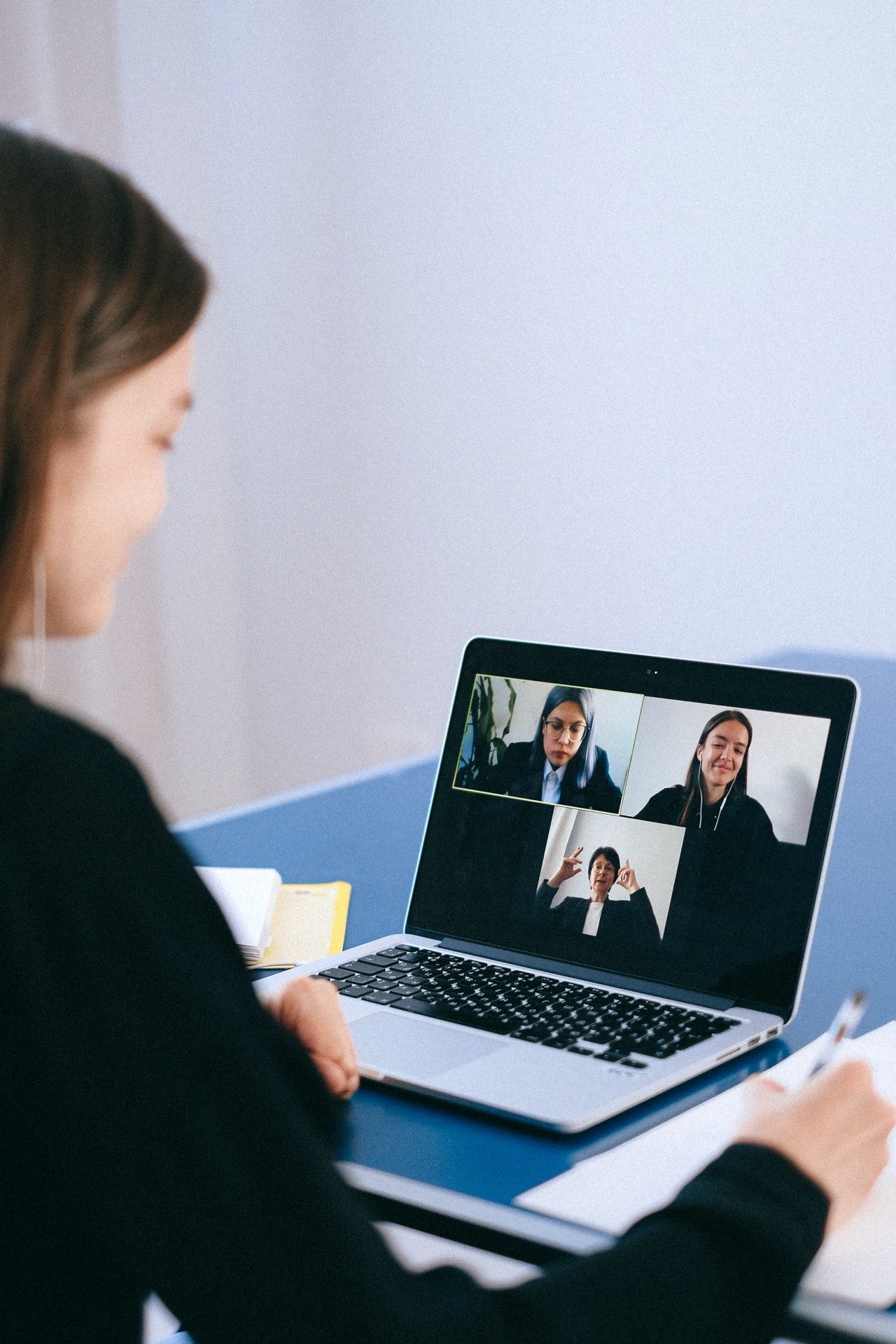 Meeting ourselves coming back
Posted on 21 May, 2020 by Katja Waldor

In the olden days when we had ‘amusing’ posters on our office walls rather than brightening our working day with sending each other Yoda memes, there was one such poster that featured a solitary penguin. The caption read “Feeling lonely?  Bit bored?  Have a meeting!”

Unfortunately, the advent of COVID-19 seems to have sent some of us hurtling back in time.    What would have been a casual chat in the hallway has now, out of necessity, become either an email or another Zoom call.

In 2020 BC (Before Corona) we would have crossed the office and just asked how a project was going, how a client was doing, or even said “by the way did you hear about x?”    Now our communication has become much more formal.  One would expect our new working circumstances to have curtailed meetings but instead they seem to have increased the number of meetings for many of us.

Partly this could be a reaction to “out of sight, out of mind”.  Despite lockdown starting two months ago, there remains a deep-seated anxiety in some people that if they are not permanently visible either on screen or in an inbox then may be perceived as inactive.

Permanent working from home also seems to induce the worry in us that we may be being left out of the loop, which again requires a meeting “just to check we’re all on the same page”, i.e. “just to check that things aren’t happening that I don’t know about”.

Lockdown has also taken away the opportunity for us to have brief sanity checks.  What can seem like a wonderful idea at one’s desk can be revealed for the lunacy it actually is when it’s run by a patient colleague at the next desk.  The only way now to get that sanity check is to either ring a colleague (who’s usually on a Zoom call) or send yet another email which gives a potentially crazy idea slightly more credence than it was ever meant to have.

Along with insecurity and lack of sanity checks, lockdown has also created circumstances rife with the opportunity to completely lose perspective.  Normally our lives are bookended by a commute to and from the office and if we’re lucky and sensible, a trip into the great outdoors to get some lunch.  Even a quick jaunt to Pret can put things back into their box.  We can see other people who don’t know us and don’t care how Colin just behaved in that meeting, and it reassures us that it’s not a world-ending deal.  Now it’s just us and the screen (and Colin behaving badly in a meeting).   The world seems to have shrunk.

But…it hasn’t. Soon we’ll be back in Pret or Itsu, forgetting about Colin, and being able to say to a colleague “just talk to me a minute while I put the kettle on…”.  We’ll appreciate our colleagues more in real life, we may even get to appreciate meetings where everyone laughs at the same time rather than one person lagging and having to have the joke explained afterwards.  Some of us might actually get to enjoy our commutes (although I give that about two days before the novelty wears off again).  In the meantime, we all need to make sure we’re having a meeting for everyone’s benefit, not just to soothe our own raging insecurity, which although is entirely natural at this very strange time, just adds to everyone’s stress.