What next for consumerism? 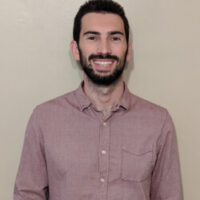 Consumerism is a central part of modern capitalism; the buying and discarding of stuff drives the constant growth that the system relies on. But the movement towards sustainability is shining a spotlight on wasteful materialism and forcing a rethink of priorities. How far do we pursue growth against environmental and social wellbeing?

As prosperity built over the course of the 20th century consumerism and growth became interlinked in Western economies. The pursuit of profit became absolute, particularly for larger or public businesses with shareholders to satisfy, and consumers were encouraged to see consumption as ‘doing their bit’ for the economy.

The advance of technology gives producers a perfect reason to encourage consumerism. New ideas, materials and manufacturing techniques mean that each new iteration of a product can be advertised as an improved replacement for the last. Social trends have dictated that an accumulation of products can be a status symbol, ensuring that product turnover remains high.

But less advertised technological retreats have also driven consumerism. ‘Built-in’ or planned obsolescence has changed the way we view repair and replacement. Tech companies discontinue support for outdated systems or models in order to prompt an ‘upgrade’, while, from cars to lightbulbs, product lifespans are deliberately engineered to be less than optimum.

In the case of lightbulbs, the idiom that ‘they don’t make them like they used to’ is demonstrably true. In California, a carbon filament bulb has been illuminated for 120 years and counting, a record that quite significantly outshines the capabilities of its modern counterparts.

But this constant turnover of products has had a huge impact on the environment, both in the emissions created from manufacturing and the waste of discarded items. Led by high-profile public campaigns, generations of socially and environmentally conscious consumers are starting to eschew the ‘throw away society’ consumerism has built.

Fast fashion has been one industry to take an environmentally motivated hit. The textiles industry is estimated to produce one fifth of the world’s water pollution, and produces more greenhouse gas emissions than international aviation and shipping combined.

In December 2019, Ipsos found that three quarters of Brits think that clothing brands should take responsibility for ensuring their manufacturing processes are more environmentally friendly. Fast fashion brands like Primark, Boohoo and Topshop have all announced socially conscious pivots in the face of struggling sales.

But can businesses survive without perpetuating consumerism? Bialetti, the Italian coffee pot maker, presents a stark warning against over-competence. The inventors of the iconic Moka pot have sold more than 200 million of the stove-top items and have estimated that nearly three in four Italian families own one. However, because Moka pots are nearly indestructible, they have put themselves in danger of running out of customers.

Sales are now rebounding, as consumers look for more environmentally sustainable ways to drink coffee at home. The immense popularity of landfill-bound pods is beginning to dwindle, but businesses like Bialetti still have to continually diversify in order to give their customers something to buy.

Although consumers are increasingly wary of a ‘throw away culture’, there’s little chance of a return to ‘make do and mend’ in prosperous Western societies. Instead, business is finding new ways to marry the prevailing environmental mores with the economic need for progress.

The result is a boom in consumer-to-consumer marketplaces and the monetisation of sharing - by connecting individuals directly, the need for consumers to own everything diminishes. The success of car sharing businesses like Zipcar and Blablacar is a good indication of how the ‘sharing economy’ can reduce rampant consumerism without abandoning profit and growth.