Why we need to sometimes cut ties with clients - Part 3 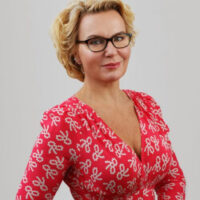 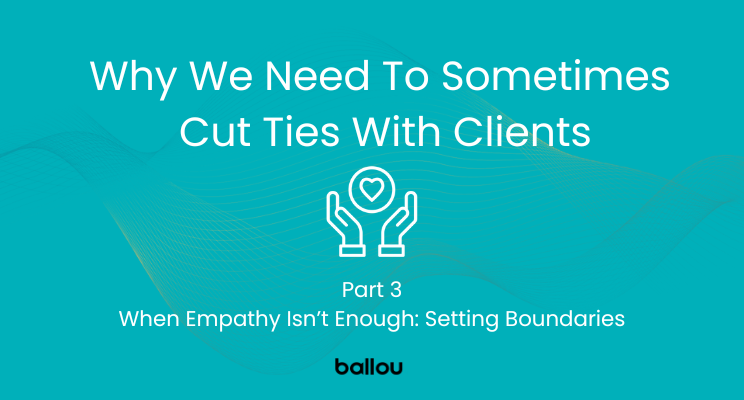 This is no.3 of a four-part series examining when to part ways with a client, including examples of when we were successful in working with a client to change a toxic dynamic and times when we were not.  The series developed as a part of the reflection in creating our internal training program called Consulting Academy, which trains our colleagues to become consultants using Harvard Business School’s Case Study methodology. One of the modules focuses on nurturing client relationships: what it takes to develop and maintain them, detecting when they are deteriorating, how to address issues constructively, and ultimately repair the relationship so that it’s stronger than ever—or end the relationship responsibly and with grace.

You can tell a lot about the nature of a relationship and how much someone respects you by how they respond when you set boundaries.

This happened with a client we were over-servicing by about 150%, which means we were losing money working for them. We had communicated this clearly and constructively for two months, and as we entered the third month and the pattern was continuing, we had to be firm:  “Here’s exactly how much time we’ve been spending working for you, here’s what you’re paying us, and here's the shortfall; either we can move some tasks to the following months, keeping the retainer as-is, or we’ll need to increase the retainer.”

The result of setting boundaries does indeed tell you a great deal about the health of a relationship, and in this case, the client’s language immediately shifted to passive-aggressive and exacerbated the dictatorial tone of the relationship. The pushback we got was exhausting; the client alleged that they hadn’t been informed of the overservicing, when our team, even the Managing Director, had been telling them for months and had the correspondence to prove it. The client simply refused to acknowledge it. It made our younger team members in particular feel confused and helpless when they themselves had been present for the conversations and behaviour. They were being gaslit.

This is exactly what gaslighting is: when you stop trusting your own judgement and questioning your reality. That is not what you want from your communications team! You want us to be sharp, discerning, and emphatically sound of judgement. Anyone who makes you question this and makes your teams weaker is a toxic client.

I'm not willing to have my colleagues keep doing good work and have their good faith abused. Our priority is to create a culture that puts our employees first in terms of having a psychologically safe and respectful space to work. We’ve had situations in which a client we had to let go of capitulated, agreed to our terms, and offered more money for us to continue working—but by then, it wasn’t just about the money. It was about the attitude and the environment, and the fact that our team members did not want to continue working on the account; at the point when you have to take everyone off the team and bring on a new team to continue working with the client, there’s something very wrong with the relationship.

Firing this client was a terrifying prospect because we represented them across all three offices and they represented a significant part of our revenue; in fact, we faced losing so much revenue that we had to start balancing out the decision to fire them with letting people go.

Eventually, we found a way to let the client go and keep all our people—but it could have gone another way, and we had braced ourselves for the loss with conviction that it was the only right thing to do for everyone involved.

In Part 4, we’ll talk about how to address friction at the outset to mitigate conflict in the long term.